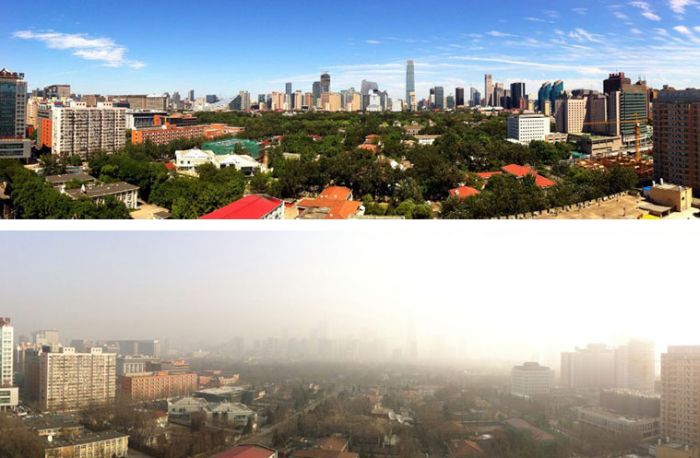 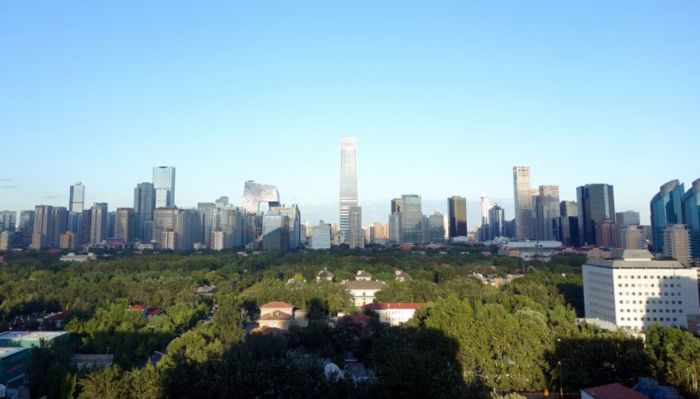 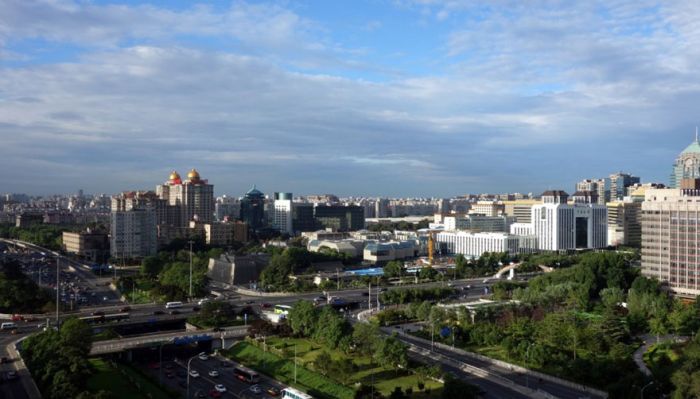 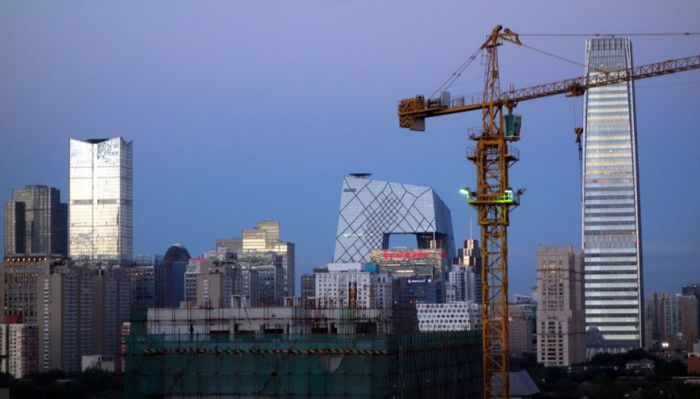 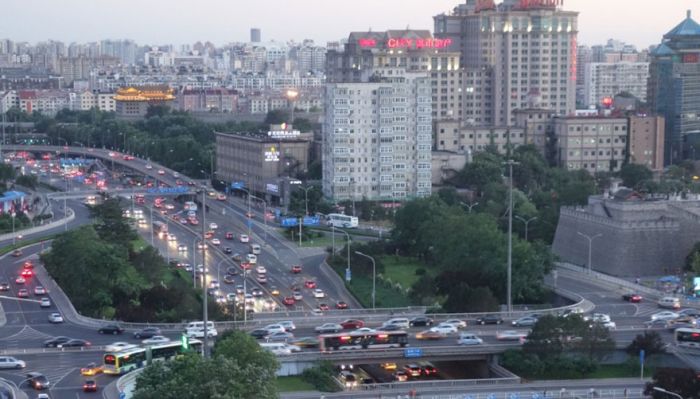 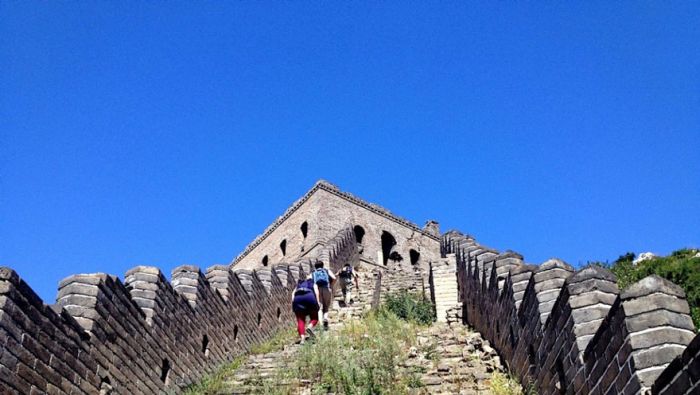 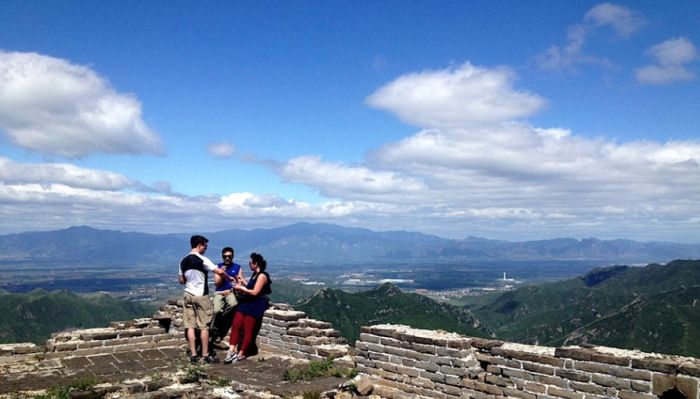 German road sign until 2008, Verkehrsverbot bei Smog (No traffic allowed in smog conditions)
Smog is a type of air pollutant. The word "smog" was coined in the early 20th century as a portmanteau of the words smoke and fog to refer to smoky fog.[1] The word was then intended to refer to what was sometimes known as pea soup fog, a familiar and serious problem in London from the 19th century to the mid 20th century. This kind of smog is caused by the burning of large amounts of coal within a city; this smog contains soot particulates from smoke, sulphur dioxide and other components.

Modern smog, as found for example in Los Angeles, is a type of air pollution derived from vehicular emission from internal combustion engines and industrial fumes that react in the atmosphere with sunlight to form secondary pollutants that also combine with the primary emissions to form photochemical smog. In certain other cities, such as Delhi, smog severity is often aggravated by stubble burning in neighboring agricultural areas. The atmospheric pollution levels of Los Angeles, Beijing, Delhi, Mexico City and other cities are increased by inversion that traps pollution close to the ground. It is usually highly toxic to humans and can cause severe sickness, shortened life or death.